A message from Fruition:

Unfortunately, given the current circumstances, we have to reschedule all shows through May 2nd. We will share new dates and information on what to do with your tickets as quickly as possible as we work on new dates with our promoters. More details coming soon.

Fruition’s newest album, Broken at the Break of Day, may be hard to categorize, yet it feels complete because of their dedication to honesty as well as harmony. Influenced equally by acoustic music and rock ‘n’ roll, the Portland, Oregon-based band is composed of Jay Cobb Anderson (electric guitar, vocals), Kellen Asebroek (piano, acoustic guitar vocals), Jeff Leonard (bass), Mimi Naja (mandolin, electric guitar, vocals) and Tyler Thompson (drums). Their unmistakable vocal blend first revealed itself in 2008 when Anderson tagged along with Asebroek and Naja for an afternoon of busking in Portland. Since that time, they have opened shows for the Wood Brothers, Greensky Bluegrass, and Jack Johnson, and at appeared at festivals like Telluride Bluegrass, Bonnaroo, and DelFest. Broken at the Break of Day follows the band’s exceptional 2019 album, Wild as the Night. 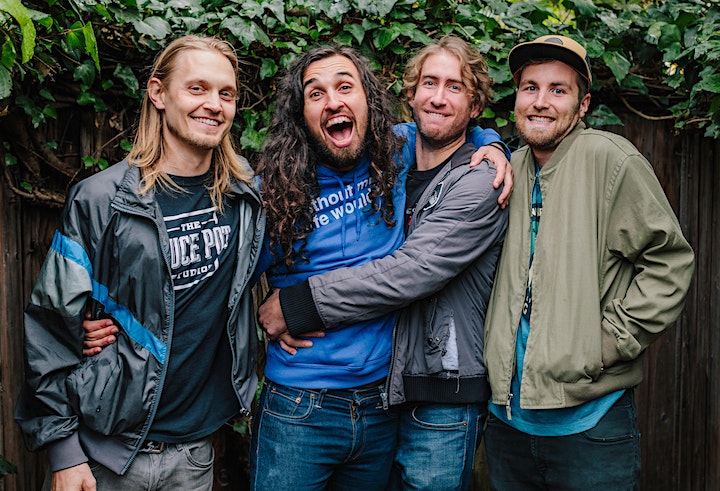 Próxima Parada blends soulful melody and hard-hitting rhythm into a sound distinctly their own, groovy and uplifting. They tour the country spreading introspection, vulnerability, human connection, and a hell of a lot of joy.

Following the success of their last album, Próxima signed with New-York-City-based label, AntiFragile, and released Kind Reminder on Sept 27, 2019.

Buffet Dinner (Must be purchased in advance):

Dessert (Must be purchased in advance and separately from dinner):

Unfortunately, due to the ongoing crisis, this show is postponed. We will share new dates and information on what to...

In consideration of the current public health crisis, this event has been postponed to Friday, June 5, 2020. All tickets...