Unfortunately, due to the ongoing crisis, this show is postponed. We will share new dates and information on what to do with your tickets as soon as possible. More details coming soon.
______________
Watch Citizen Cope!

$1 from every ticket will be donated to various charities in the US that support enriching youths in need through arts and education. For more information, visit www.citizencope.com.

Ask him how he knew it was time to record a new studio album and Clarence Greenwood, the trailblazing artist and producer better known as Citizen Cope, has a simple answer: “It was time.”

Cope has built an entire career on trusting his gut and following his muse, and if his new album, ‘Heroin & Helicopters,’ is any indication, his instincts are sharper now than ever before. As technically innovative as it is emotionally resonant, the record arrives at a uniquely challenging moment in modern American culture, when profound political polarization and social divisions seem to grow deeper by the day. Rather than dwell on our differences, though, Cope tunes in to what unites us here, drawing on everything from Chuck Brown and The Beatles to Randy Newman and Bill Withers, aiming his unique brand of urban‑folk inwards to reflect on the personal journeys we all undertake to embrace ourselves despite our flaws.

“I think we’re all on a mission to find some inner peace,” he reflects. “We’re all going towards this collective consciousness, and even though it’s dark right now, I believe we’re going to reach that place together. Peace and harmony and understanding, that’s how you combat the darkness, and that’s what this record is all about.”

While ‘Heroin & Helicopters’ feels particularly timely, the record’s themes have been fixtures of Cope’s music since the release of his self‑titled debut in 2002. That album was the culmination of years of pursuing his passion. Cope got his musical start in DC before moving to Brooklyn, where he wrote songs while supporting himself on the streets, buying and selling concert and sporting tickets with a cast of characters outside arenas and stadiums. His music spread from fan‑to‑fan via word of mouth, and over the course of time his songs have become the soundtrack of his fans lives.

The success of Cope’s music has always been a slow burn, rather than a flash in the pan. His single “Let The Drummer Kick” eventually went Platinum without any support from commercial radio. The Washington Post has hailed him as “DC’s finest export since Marvin Gaye,” while Rolling Stone raved that his “uncommon chords and harmonies combine delicate dissonance with unexpected flashes of beauty.” In 2004, Cope followed up his self‑titled debut with ‘The Clarence Greenwood Recordings,’ an album Vibe praised as “flawless throughout,” gushing that Cope “makes music that feeds your soul…this is one of those CDs you hear at a friend’s house and rush out to buy.” The collection was largely ignored by mainstream media and never charted, yet the grassroots swell of support kept sales rolling year after year, to the tune of 700,000 copies, and opened the doors to film and television syncs with tracks appearing in Entourage, Sons of Anarchy, Alpha Dog, and more. Songs from the record would go on to be covered by everyone from Carlos Santana and Sheryl Crow to Richie Havens and Rhymefest, and in the years that followed, Cope has headlined all 50 states and shared stages with superstars like Eric Clapton. He cracked the Billboard 200 for the first time with 2006’s ‘Every Waking Moment,’ and then launched his own label to release 2010’s ‘The Rainwater LP’ and 2012’s ‘One Lovely Day,’ his highest charting album to date.

Respect is ultimately what it all comes down to for Cope: respect for the art, respect for each other, respect for ourselves, respect for our instincts. At the end of the day, we all want the same things, and no matter how much the culture conditions us to believe that peace and happiness can be bought and sold, there’s no price tag because they come from within. Change, growth, and satisfaction require patience, work, and love. Seven years in the making, ‘Heroin & Helicopters’ is proof of that. 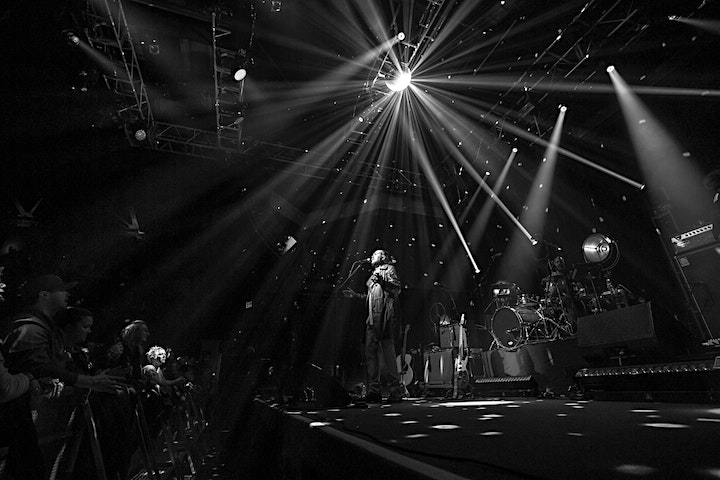 A message from Fruition: Unfortunately, given the current circumstances, we have to reschedule all shows through May 2nd. We will...

In consideration of the current public health crisis, this event has been postponed to Friday, June 5, 2020. All tickets...